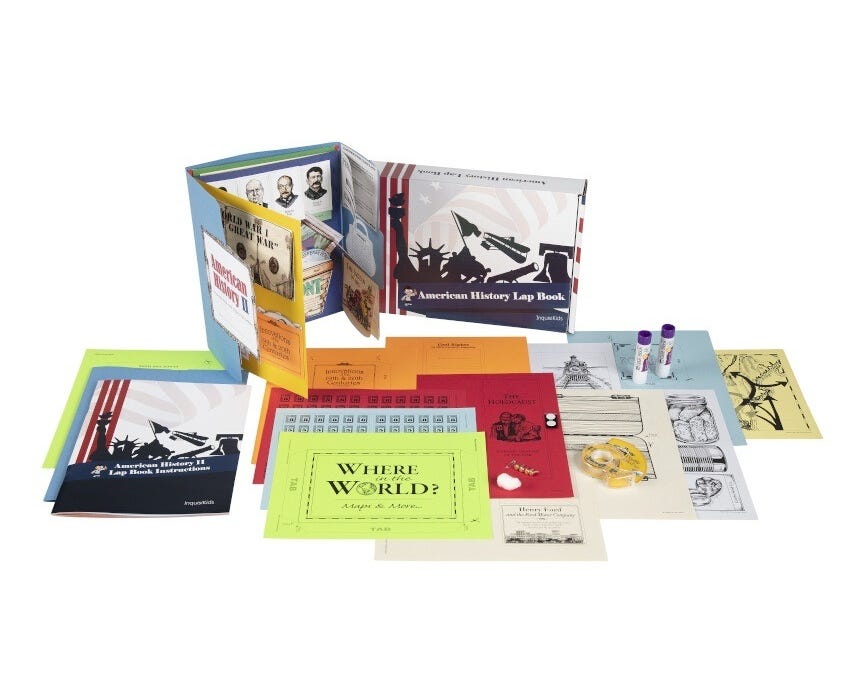 Bring history to life with a hands-on lap book your children will love; a collection of crafts and creative projects that fold down into a kind of portfolio, and unfold to show their detailed magnificence.

Bring history to life with a hands-on lap book your children will love—a collection of crafts and creative projects that fold down into a kind of portfolio, and unfold to show their detailed magnificence.

Each activity takes roughly one to two hours to complete. Children ages: 9-12