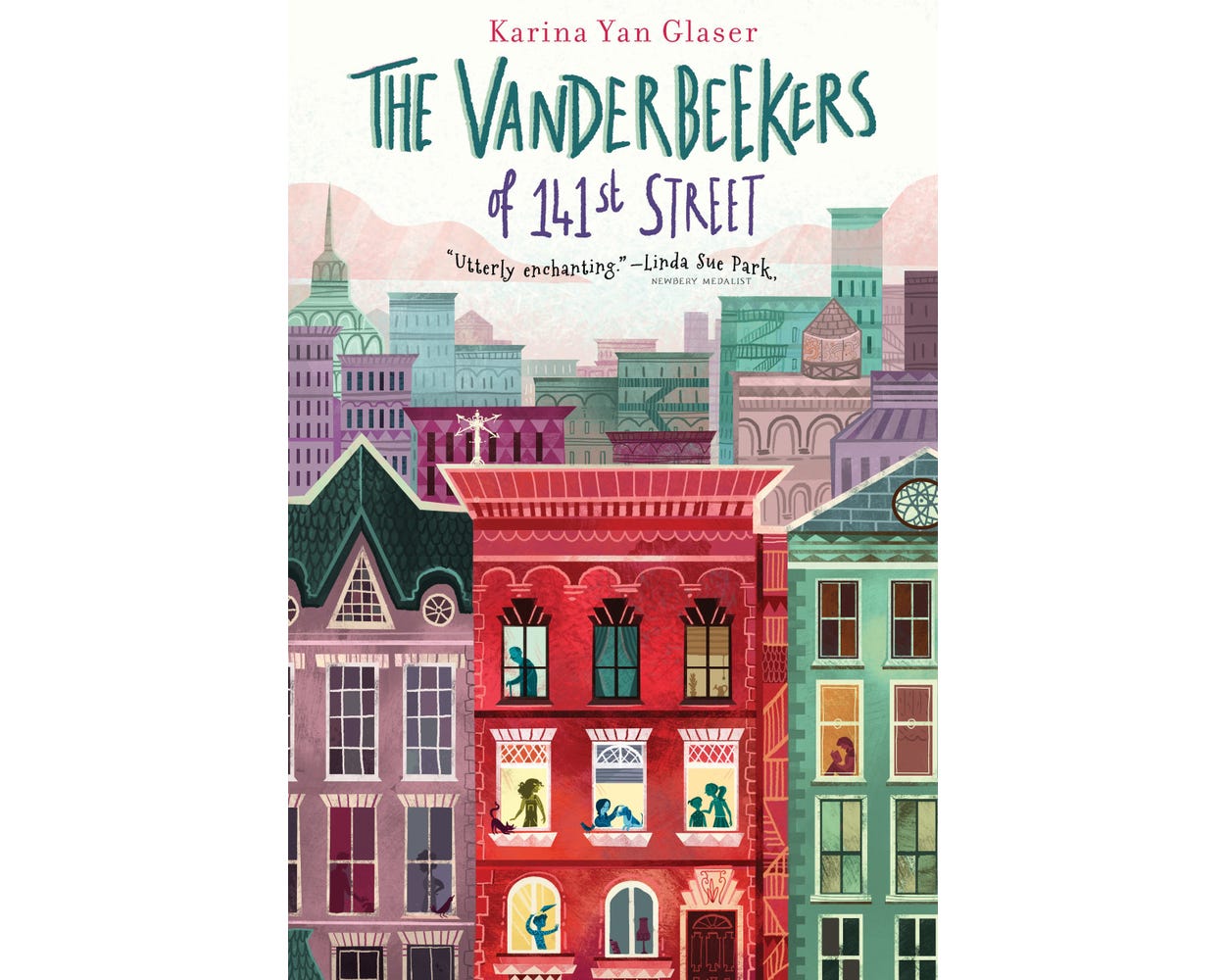 The Vanderbeekers of 141st Street

Add to Compare
The Vanderbeekers have always lived in the brownstone on 141st Street. It's practically another member of the family. So when their reclusive, curmudgeonly landlord decides not to renew their lease, the five siblings have eleven days to do whatever it takes to stay in their beloved home and convince the dreaded Beiderman just how wonderful they are. And all is fair in love and war when it comes to keeping their home.

It’s five days before Christmas and the Vanderbeeker children — Isa, Jessie, Oliver, Hyacinth, and Laney — should be dreaming about sugar plums and presents. But when Mr. Beiderman, their seriously unpleasant landlord and third-floor neighbor, says they need to leave their brownstone apartment by New Year’s, there are suddenly more pressing worries. And the Vanderbeekers aren’t the kind of kids who will sit by sucking candy canes while some grouchy old man kicks them out of the home and Harlem neighborhood they love.

While their parents bring out the packing boxes and talk about moving to the suburbs, the kids know there must be another way — convincing their landlord to let them stay. They try everything they can think of. Breakfast delivered to his door. Handmade gifts. Blackmail. But it’s harder than they thought to win him over, and there are other distractions, too. Isa and Jessie, twelve-year-old twins, get into a monumental fight. Oliver, age nine and the only boy, pens and sends a letter so rude even he’s ashamed. Hyacinth, six years old and the nicest person in the world, steals a kitten. And Laney, four and three-quarters years old, keeps disappearing to the second floor with her pet bunny and handfuls of cilantro.

The day of the move approaches, and packing boxes start crowding them out of the house. The kids know they need to pull it together for Operation Beiderman, and there’s nothing they won’t do to convince their grump of a landlord to like them. It’s an operation that has to succeed.